Haida Lodge is a mid-sized rental lodge. It holds up to 80 people in the lodge building (fire marshal limit).

Haida Lodge includes a large common room that also serves as the dining room; a smaller lounge; a fully-equipped kitchen with a 4 burner stove, grill, two ovens, a large upright cooler, a chest freezer, cookware, cooking utensils, dishes, cutlery, and a dishwasher – we supply the dishwasher detergent. Haida Lodge has two washrooms in the building, equipped with a shower.

Near Haida Lodge there are 12 sleeping hulls, each of which sleeps 6 people on beds with mattresses. Note that from early November to mid-March, the mattresses are not available on the beds – they are stored in a dry heated building over the winter to prevent mold and animal ingress. To use the mattresses, please contact the Camp Ranger.

Adjacent to the sleeping hulls is a washroom building (KYBO) with flush toilets, sinks and showers.

Haida Lodge has its own designated campfire circle. 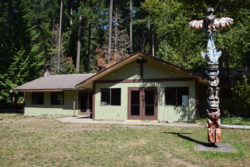 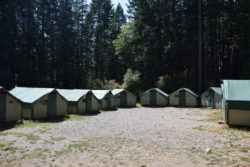 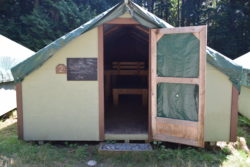 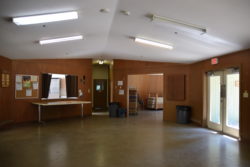 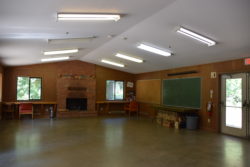 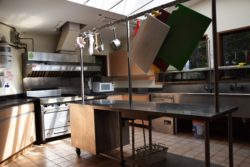 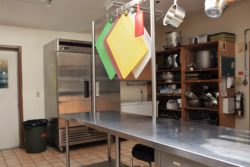